The Australian Marine Sciences Association Technical Award is intended to recognize outstanding achievements in the field of technical support to marine science in Australia. It was first awarded in 2009. This prize serves to emphasize the valuable contribution to marine science made by those who provide the technical and logistical support services that make much research possible. 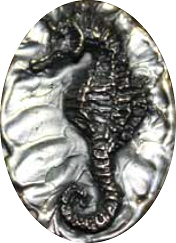 This award recognises outstanding achievements in the field of technical support for marine sciences, to celebrate the valuable contribution logistical and support services make to enabling marine research.

The following criteria may be considered when awarding the prize (nominees need not necessarily meet all criteria):

Nominators should submit the form provided below which includes sections to specifically address selection criteria along with a CV for the nominee and any relevant statements of support (using the provided template). Nominations can only be made by AMSA members, but the nominee does not have to be an AMSA member. Self-nominations are not acceptable. There may be more than one nominator.

The recipient of the award will be presented with a citation and will be invited to give a short address to the Annual AMSA Conference. Information on the award winner will be published in the AMSA Bulletin and website after the award has been made.

A completed nomination pack should consist of one PDF document including the following:

2. CV for the nominee

3. Statements of support on supplied form (max 1 page each).

Note a cover letter is not necessary.

Nominations must be received by the due date, 15th March each year.

Late applications will not be considered.

Email your nominations to the AMSA Secretary.