Each year the Australian Marine Sciences Association proudly presents awards to individuals recognising outstanding contributions to marine science in Australia. AMSA members are encouraged to submit nominations for the following AMSA awards. The annual call for nominations - closes 15th March each year unless noted otherwise in the individual award criteria. Award selection committees, appointed by AMSA Council, are constituted to review nominations. These awards are presented at the AMSA Annual Conference each year.
Currently AMSA presents the following awards:

First awarded in AMSA's Silver Jubilee Year (1988) our professional award recognises excellence in marine research and is presented to a scientist who has made an outstanding contribution to marine research in Australia. 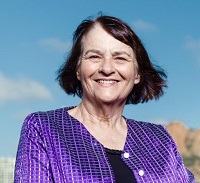 Emeritus Professor Helene Marsh is the world’s premier authority on the ecology and conservation biology of dugongs. She is the most cited researcher in the world on dugong ecology and is internationally recognised for her extensive research on their life history, reproductive ecology, population dynamics, diet, distribution, abundance and movements. Marsh received her PhD from James Cook University and is currently Emeritus Professor of Environmental Science at James Cook University. Marsh pioneered novel aerial survey methods to study the distribution and abundance of dugongs at spatial scales of tens of thousands of square kilometres across northern Australia and established that dugongs are the most abundant marine mammal in the coastal waters of northern Australia. She applied histological techniques adapted from human studies to the study of the ovaries of stranded whales. The result is important because it provided a novel test of life history theory and of the evolution of social behaviour and senescence. Her research has informed major changes to dugong management and protection by both the Commonwealth and Queensland government. Marsh makes major contributions to research training at international, national and local levels and has an outstanding record of mentoring early career researchers, especially as a role model for early career women. Marsh has made an enormous contribution to the science, ecology and conservation of Australian marine mammals and megafauna over the last 40 years. Her drive and dedication to informing conservation with science and applying novel approaches and solutions to her research make her a deserving recipient of the AMSA 2019 Jubilee Award.

Brett Louden has worked as a Fisheries Technician for Fisheries NSW for more than 20 years. His service to the department and the community has been outstanding and his dedication to the job has led to world recognised research projects being implemented in NSW. He has been responsible for the deployment, maintenance and data management for the South East Australian Coastal Acoustic Monitoring System (SEACAMS) and has played a critical role in tagging Grey Nurse and Great White Sharks in NSW coastal waters and in underwater stereo-video photogrammetric surveys. Brett’s experience has enabled the research scientists to concentrate on the science whilst leaving project management and project execution to his very capable skills.

The Allen Award irecognises an outstanding postgraduate student by providing support to attend the AMSA Annual conference with the aim of giving the student the opportunity to gain experience and contacts, and to serve as an ambassador for Australian marine science. 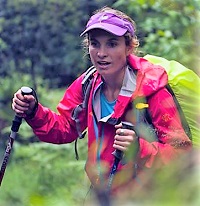 Kate Dodds is a PhD student at Macquarie University interested in developing effective eco-engineering solutions for marine infrastructure. This process, also referred to as green engineering, attempts to increase the ecological value of anthropogenic structures in the marine environment. Kate's research currently focusses on the greening of seawalls to encourage the development of abundant and diverse intertidal communities. She will give an oral and poster presentation of her work on living seawalls at AMSA 2019.

NT Branch of AMSA submitted comments on the NT  ...