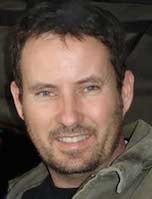 After receiving his BSc from the University of Tasmania Tim went on to complete a PhD in marine ecology at James Cook University. He was a founding staff member of the New South Wales Marine Parks Authority, where he managed a diverse research and monitoring program. He has published articles on a wide range of topics: from spatial models of recreational fisheries and sea eagles abundance to Baited Remote Underwater Video Station studies of pelagic fish and development of oceanographic mooring networks.

In 2004 he was the Australian Academy of Science visiting scholar to North America and worked with NOAA scientist on an ROV survey of endangered white abalone.

Tim joined CSIRO in early 2008 and as the IMOS facility leader for the National Mooring Network is currently implementing a system of oceanographic and marine biology monitoring stations. Other research projects include human use of Marine Protected Areas and conservation biology of marine wildlife.

back to council members