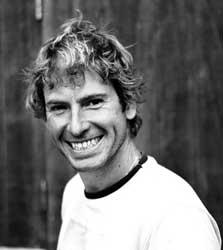 Olaf has graduated in Environmental Sciences at the University of Lueneburg, Germany. After his graduation, he worked on atmospheric models at the Institute of Coastal Research in Geestacht, Germany and later co-ordinated scientific panel meetings for the European Food Safety Authority. Olaf started his PhD at Griffith University in 2004 on the relationship between fish harvest and environmental drivers. During his research he developed advanced short and long term tagging methods for estuarine fish. Since 2008 he is a Research Fellow with the Australian Rivers Institute. Current projects include short term tracking of estuarine fish and mud crabs and movement studies of larger animals such as humpback whales in the Gold Coast area. Olaf is also the co-founder of Humpbacks & High-rises - a not for profit research organisation dedicated to urban marine mammal research and protection. His passion for science promotion has lead to a number of TV presentations, newspaper articles and a movie.