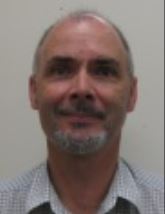 Ed is a marine environmental chemist and chemical oceanographer. He completed his undergraduate training in marine science and biochemistry at the University of Melbourne and went on there to do a PhD on iodine cycling in natural waters. A first postdoctoral fellowship was done in the Atlantic Regional Laboratory of the Natural Research Council Canada in Halifax, Nova Scotia. A further postdoctorate with CSIRO brought Ed back to Australia, where he began a span of almost 28 years at CSIRO, joining what was then their new Marine Laboratories in Hobart. During this period, Ed oscillated between open-ocean and coastal research, and worked between the Antarctic and Equatorial waters. He also studied most of the major estuaries in southern and western Tasmania. More recently, Ed made a sea change and was located in Darwin as Science Leader for AIMS in the Northern Territory for seven years. His interests remained with Australian regional seas and estuaries, but the northern macrotidal estuaries and the Arafura and Timor Seas were a stark contrast to previous experience. He took advantage of his time in the Top End to refashion his concepts of marine science, including the value of ‘two-way learning’ with Traditional Owners of sea country. After almost four decades in a career that he has always found stimulating and ever evolving, Ed is now back in Hobart as an independent researcher.