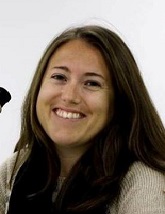 Dr Alicia Sutton is a Director and Principal Marine Scientist at Carijoa, a growing marine consulting company in Perth that was established in 2016. Alicia has collaborated with other marine consultancies, government agencies, and leading marine research institutions on a range of projects involving data collection and analysis, literature reviews, risk assessments and conservation action planning. In addition to consulting work, Alicia collaborates on research with the Centre for Whale Research Western Australia and Murdoch University.

Alicia completed a PhD in Marine Science at Murdoch University in 2015, prior to which was an Honours degree at Murdoch University and an undergraduate degree in Marine Biology and Zoology at the University of Western Australia. Her research specialised in zooplankton and biological oceanography, specifically krill of WA and the Indian Ocean. Alicia became skilled in the taxonomy and ecology of zooplankton and gained considerable experience in the collection of physical and biological oceanographic measurements to investigate patterns in distribution and abundances. This research also encompassed trophic ecology and large-scale zoogeography of krill.

Alicia is heavily involved in marine citizen science activities and is the Vice-Chair of West Australian Divers for Diversity Inc. (WADDI), where she helps to train volunteers in the collection of data and monitoring of seagrass communities at Rottnest Island off Perth. She has also undertaken many fish and invertebrate surveys along the WA coastline as a volunteer diver for Reef Life Survey.

Alicia started with AMSA as a student representative on the WA committee in 2010, and for the past four years, has held the role of WA President. Alicia has been an active participant in several AMSA conferences and was the Organising Chair for the AMSA 2019 conference in Perth.

The Allen Award will no ...

NT Branch of AMSA submitted comments on the NT  ...